Having second thoughts about recent changes you’ve made to your Navo? Luckily, anytime you publish or save a version of Navo, we store the old version. You can restore then manage your old version through the admin centre.

Version history in Navo lets you preview old versions and edit or republish them. You can find previous version in the Version History Table. 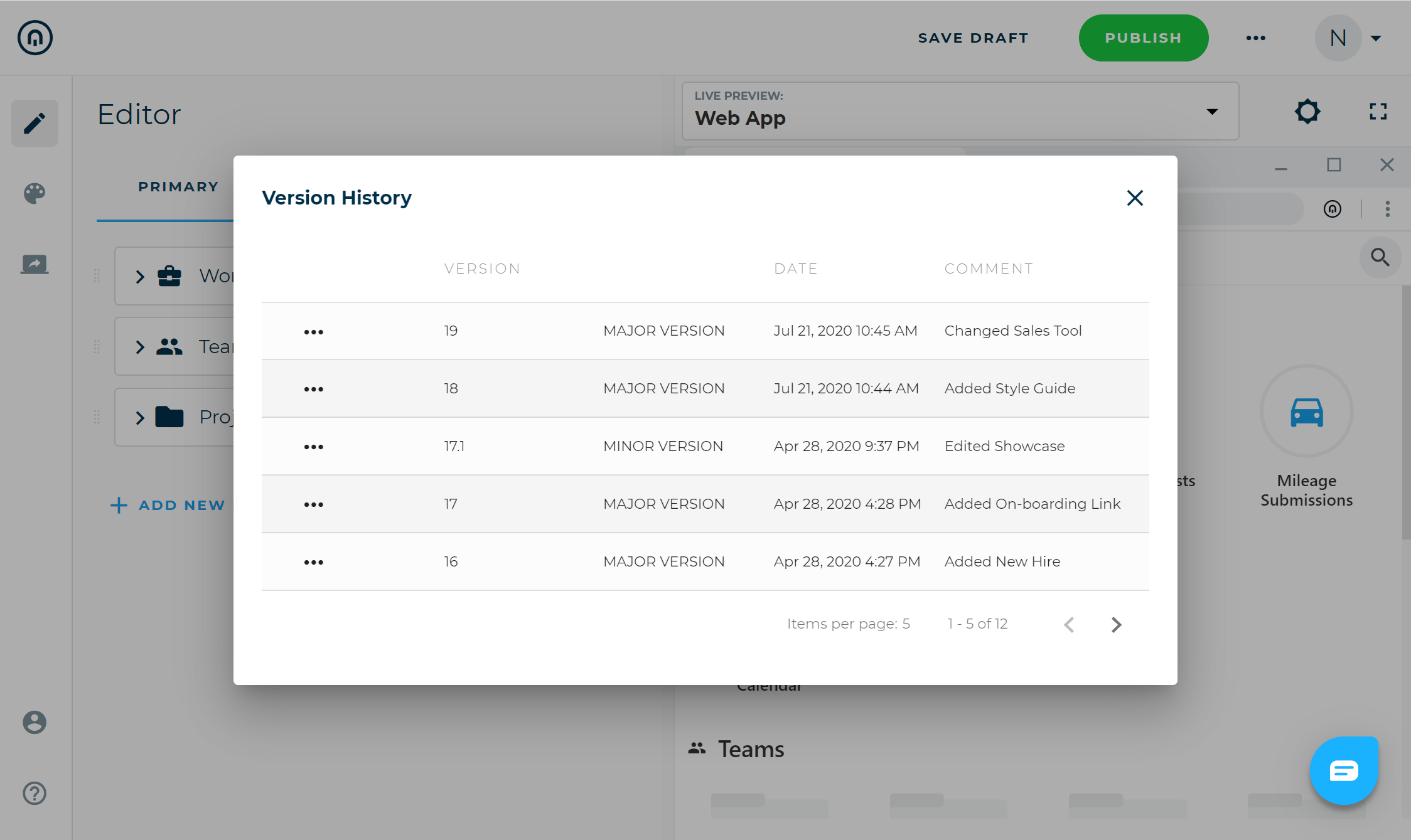 The Version History Table lets you restore and preview old versions, and shows you information on each version. The information includes when it was saved or published, the comment made when changing Navo, the version number, and whether the version is a Major or Minor Version.

Versions saved as drafts appear as Minor Versions while versions that were saved and published appear as Major Versions.

How to Restore a Previous Version

Did you find it helpful? Yes No

Send feedback
Sorry we couldn't be helpful. Help us improve this article with your feedback.